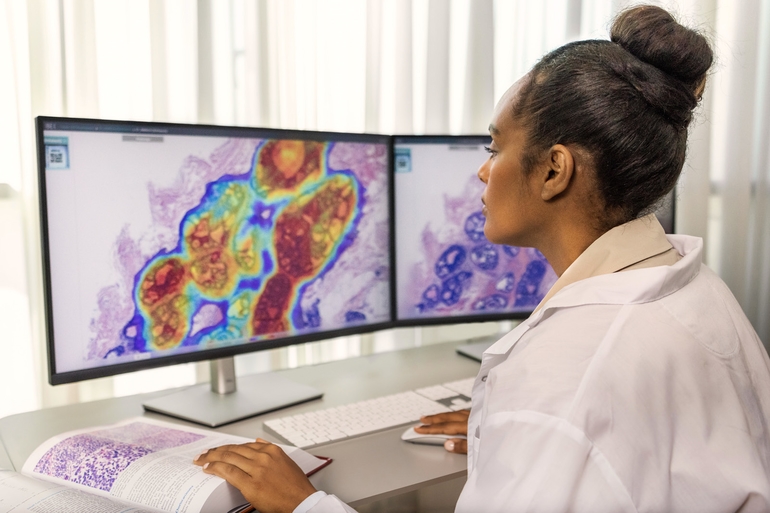 Technology is rapidly changing just about every industry.

In Hartford, a lot of attention has been paid to insurers partnering with tech companies to adopt new services and ways to interact with customers.

The same trend is also reshaping the healthcare industry as doctors and hospitals look for new ways to bring affordable, accessible and higher quality health care to patients.

Hartford HealthCare (HHC), Trinity Health of New England and Yale New Haven Health have all entered the fray, partnering with — and sometimes investing in — tech companies locally, nationally and even internationally. Some of the partnerships have been around long term, but many have taken shape in just the past few years.

For example, New Haven-based Wellinks has launched a pilot program with Hartford HealthCare, providing patients access to its connected devices and app. The technology offers personalized health coaching and monitoring to individuals with chronic obstructive pulmonary disease, or COPD.

Geoff Matous, president and chief commercial officer for Wellinks, which recently raised $25 million in venture funding, said his company partnered with HHC because the healthcare system “wants to innovate.”

“We are aligned with them in our goal to keep patients out of the hospital in an innovative way,” Matous said. “Hartford HealthCare has been very receptive to working with us. They are also great mentors and believe in teaming up and helping startups.”

There’s a significant amount of investment occurring in the medical technology sector, and even tech giants like Google, Amazon, Apple and Microsoft are establishing footholds in the space.

Houston Methodist and Amazon Web Services have partnered to bring voice-assistant technology into hospital settings, and Chicago-based CommonSpirit Health used Google’s Workspace platform to improve patient and employee collaborations across its approximate 140 hospitals, according to Becker’s Health IT.

Medtech companies globally raised about $34 billion in 2021, a significant increase from prior years, including $330 million in Connecticut, according to accounting and consulting giant Deloitte, which said the pandemic likely accelerated a shift to digital and smart technology in the industry.

“There is now a tremendous amount of private equity being invested in finding new solutions for health care,” said HHC President and CEO Jeff Flaks, adding he believes Connecticut will be recognized nationally as a leader in healthcare innovation in five years.

Flaks, who has been with HHC for 18 years including the last three as CEO, said using innovation and technology to make health care more patient-friendly isn’t just a trend, but a necessity.

Tech partnerships are also an economic driver. He predicts Connecticut will add about 1,000 tech jobs over the next five years.

“Our innovations really focus on four platforms,” Flaks said. “It’s about access, affordability, quality, and health equity. All of the innovation work we do goes across those four domains.”

And its tech alliances stretch all the way to Israel, a country many see as the epicenter for high-tech innovation. In March 2020, HHC signed an agreement with the Israel Export Institute, which is a public/private sector organization for Israeli business alliances.

HHC officials also recently joined Gov. Ned Lamont on a visit to Israel aimed at bringing new businesses to Connecticut and strengthening existing partnerships, like one with Tel Aviv-based IBEX. Hartford HealthCare pathologists are using the company’s artificial intelligence-backed technology to analyze biopsies and improve the quality of cancer diagnoses.

HHC also has a partnership with Israel-based EyeControl, which has developed a wearable, artificial intelligence-powered eye-tracking technology that allows ventilated hospital patients to communicate with their families and doctors.

Or Retzkin, EyeControl’s CEO and co-founder, said Hartford Hospital is testing out the company’s technology to see if it can close the communication gap that sometimes exists between doctors and patients.

“[Intensive care unit] communication is challenging, particularly among mechanically-ventilated patients, whose inability to speak leaves medical decisions to be made without their consent,” Retzkin said.

In 2019, HHC also played a leading role in helping launch an accelerator program that brought 10 startups to Hartford to test their wares and technology. The program didn’t last, but Hartford HealthCare plans to be involved in more of them, said Chief of Clinical Innovation Dr. Barry Stein.

In fact, HHC recently announced it would be a partner in a new accelerator being introduced by Launc[H]artford, a local business and entrepreneur support group, and Silicon Valley-based Plug and Play Health. The effort will bring five startups — Bloomlife, CareAdvisors, Stamford-based NourishedRx, Sonavi Labs and Viora Health — to Hartford, where they can hone their businesses and technology and establish new partnerships.

“These accelerator programs have been very successful,” Stein said. “We continue to get even better startups to solve the tough problems of health care. We believe HHC can become the place where all health startups want to work and start new businesses.”

HHC is an investor in medical technology startup funds, but its most significant contribution is serving as a mentor and testing ground for companies and their products, Flaks said.

“The downside is we are taking risks,” Flaks said. “Not all of these companies will be successful; sometimes you will lose money and sometimes you will put a lot of time and effort into something that does not come to fruition. But, when you are doing this type of innovation and are on the leading edge of development, you have to appreciate that for every success, there will be a number of failures.”

Flaks said he wasn’t closing the door to acquiring one of the technology partners down the road, but that is not the main focus.

“Our purpose is two-fold: one is to bring world-class health care here to Connecticut and the second is to create jobs,” he said.

“We partner with companies that are aligned with our mission to advance care, research and education,” Stump said. “We also partner when we can bring something to the table, not just a dollar investment but our subject-matter expertise and our ability to evaluate and test the impact of the technology.”